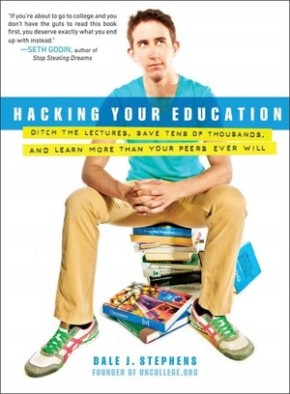 Ditch the Lectures, Save Tens of Thousands, and Learn More Than Your Peers Ever Will

The cost of college can range from $60,000 for a state university to four times as much at some private colleges. The total student debt in the U.S. now tops credit card debt. So a lot of people are asking: Is college really worth it?

There are several famous and staggeringly successful college dropouts, including Mark Zuckerberg, Bill Gates and Larry Ellison. You may not end up with fat wallets like them, but Dale Stephens says you can find a different education path.

Dale Stephens, founder of UnCollege.org and author of a new book,Hacking Your Education, challenges people to learn differently, away from a school campus.

“When you think about education as an investment, you have to think about what the return is going to be.”

Stephens points to an alternative self-education system by taking responsibility for learning on your own and using networking to your advantage. He also says school just isn’t for everyone.

“I left school because I didn’t feel like school was an environment that left me free to learn,” says Stephens, who dropped out of college. In his interview he makes it clear that college will always be there in one form or another. These days, with MOOCs and other online learning programs, building your own curriculum is easier than ever. Plus schools still have not adapted to the need for a real-world performance -based educational model. Perhaps the better path for some is the educational road less taken. 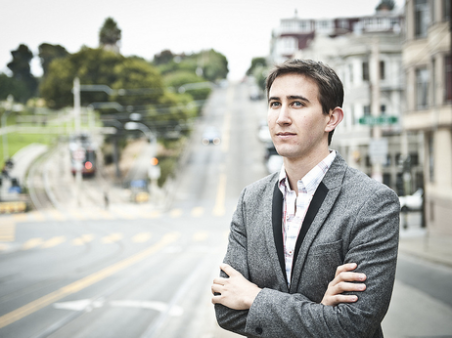 On what “hacking your education” means, and how people learn

On leaving the college experience behind

“For anyone in college today, just going to college is not going to be enough, right? The competition for a job is insanely furious. We keep hearing about the extent to which there’s a gap in skills between what people learn and what companies are actually hiring for. And whether you go to college or not, it’s your responsibility to figure out what it is that you need to learn, and how you can learn those things so that you can get a job after school.”

On figuring out whether or not to go to college

“It’s an even bigger gamble to … commit to four years into an institution, when the average student graduates with $27,000 in debt, which is an astronomical amount of debt to be saddled with, as you’re coming out and trying to find an entry-level job and being forced to pay off that debt. If college were free, this would be an entirely different question, right? But when you’re faced with the economic reality of how much college costs and how little self-directed learning costs, I think the cost is fairly low. College is not going away anytime soon. If you want to go back, it will always be there. But the cost of taking a year to learn for yourself is nothing.”

Read an excerpt of Hacking Your Education