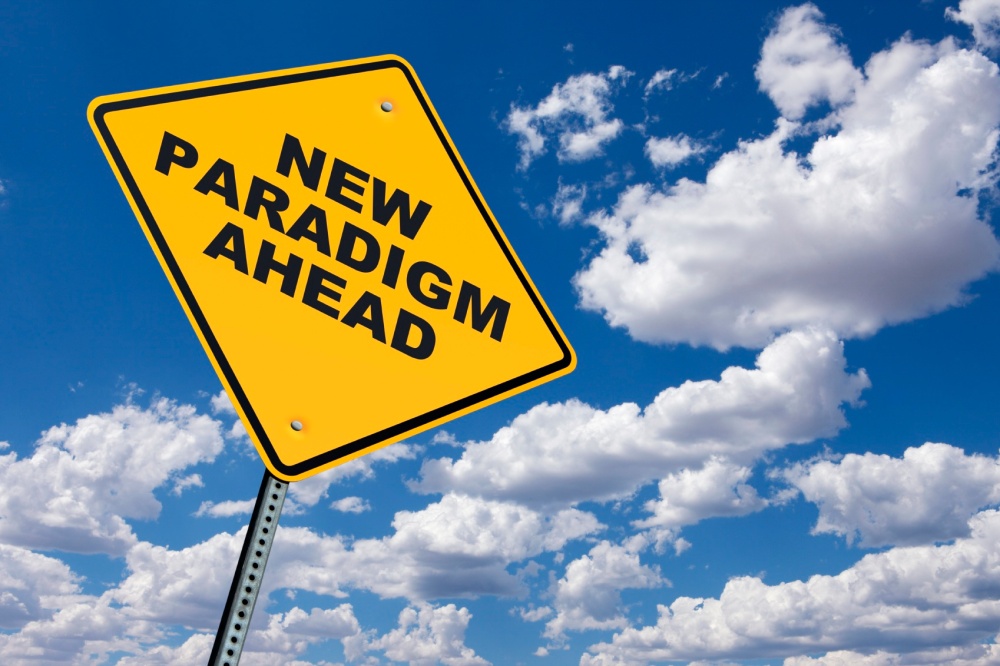 This is the first in a three-part series. The goal is simple: Completely change the way we manage and learn. Forever. Looking forward to your reactions.

Companies worldwide today seem to be suffering from the same challenges: finding and hiring talent, time-to-performance, employee engagement and retention, innovation, decision-making, and more. They all seem to be fighting off the symptoms of the common disease that has infected them. This series of posts is part of a carefully-researched and groundbreaking book “Minds at Work”, co-authored by Stephen J. Gill and I, that traces the astonishing root cause behind the malaise that’s gripping corporations, and how it can be cured.

Part One: The Wisdom in the Maps from the Age of Exploration 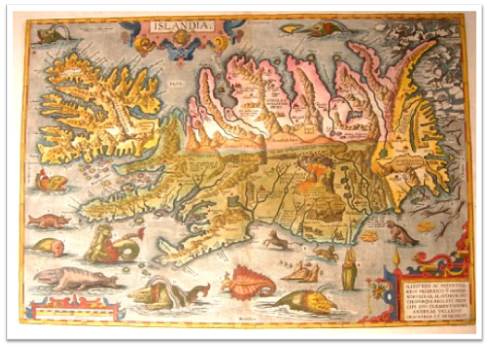 Old maps are brilliant. The great mapmakers of the 16th and 17th centuries not only captured the places that were known, but gathered information from as all available sources in their efforts to map uncharted territory. The 1502 Hunt-Lenox Globe is a great example: when its creators reached a place in unknown maritime waters, they would add the warning “here there be dragons” and illustrate that area with pictures of sea monsters.

Corporate managers are now sailing into uncharted territory. It seems as if we all went to bed one night, and when we awakened the next day, everything had changed. Yet many of us are still operating as if it were yesterday. Most of the management practices and principles we use today were devel­oped in the 19th and 20th centuries, when managers were managing hands and workers were learning at a different pace. Digital technology, automation, and globalization have changed everything forever, and we all know that it’s not changing back.  In our 21st-centu­ry knowledge economy, employees produce knowledge and know-how. In order to remain competitive, corporations have a critical need to ensure that employees are continuously learning, and need to find ways to ensure that can — and will — happen.

Stuck in a Timewarp

In actuality, most manag­ers are continuing to rely on management principles and practices that were developed to meet the needs of prior centuries. Yet we have discovered that there has been a trend — growing almost undetected — among corporations located around the globe, to manage employees in radically new ways that are a better way to meet the needs and challenges of today’s knowledge economy.

A similar approach is needed now. Managers are in uncharted territory. They are struggling to imagine what to do and how to manage employees hired for what their minds can create, rather than what their hands can produce. Managers suddenly find themselves in a company that desperately needs employees to be responsible for their own learning, since no L&D or HR department can keep up with the rapid pace of change.

The forces driving the new world economic order has placed companies at an inflec­tion point in the history of managing people and the way they learn.  Managers continue to sit at the exact center of the curve, which has been shaped by three sweeping and dramatic shifts in the economy in the last 200 years, each of which created its own management approach and educa­tional system to teach people how to do their jobs.

The first great economic era focused on land: land for wealth, land for status, land for food. Private property was legally defined for the first time. Learning was hands on, and on the farm. Education was limited to a few, and was delivered in the home by tutors or in small private schools and colleges to the chil­dren of wealthy landowners and landed gentry.

Bodies were originally the major tool of production; over time, people learned to harness the power of oxen and horses. At the most extreme, people were enslaved or indentured to do the most backbreaking work. In the early 1800s, picking cotton was one of the most important jobs in the U.S. economy. We managed backs, and even in 1900, almost 90 percent of the population in the America and Europe worked on farms and in the fields.

The second great economic era focused in things. Harnessing steam power, discovering the uses for electricity and making their power universally available to mass-pro­duce cars, clothing, food, and more on our assembly lines and in factories. Machines revolutionized farm work and the number of farm­ers dropped to below six percent by the end of the century. Backbreaking household chores were utterly transformed. Clothes no longer had to be washed by hand — a machine could do it.  Huge blocks of ice no longer had to be hauled up stairs once the refrigerator was invented. Electric vacuum cleaners saved hours previously spent hanging up rugs and hitting them with rug-beaters.

Education was also transformed by the industrial economy. Public education was meant for everyone, and through a series of legislative decisions, it reached the rich and poor, urban and rural, male and female. Classroom instruction emphasized preparation for careers that were more about using hands than backs. Schools emphasized efficiency over individualization, and focused on educating the masses by using a curriculum designed centrally by experts that was consistent year after year. Companies taught managers and employees to do their jobs by exactly copying the classroom setting in which, as children, everyone had learned to learn.

The work­place became the school-place. The goal was mass training for mass production so that employees would be able to perform the same task or set of tasks the same way for as long as those skills remained useful.

Change was slow, and learning a skill or how to complete a task often took months, even years. People reported to the same site—office or factory—day after day. The predominant method of learning was classroom-based and instructor-led. It was high­ly structured training that followed a model developed during WW1. Corporations or training companies developed programs or courses and pushed them out to people the corporation had determined needed them.

Frederick Winslow Taylor, one of the first management consultants, wrote The Principles of Scientific Management in 1911. He developed what he called the “scientific management theory,” by studying the way hands were used at work, and using a stopwatch to time these movements to the hundredth of a minute.  The goal of these time-motion studies was to scientifically determine the most efficient way to reduce the time needed for a worker to complete each task. If that could be done, Taylor believed he would have come up with the best way to optimize and manage work on the assembly line.

For the rest of the 20th century — some 90 years — Taylor’s research would be the standard used for managing hands. It formed the basis for a branch of study called “manage­ment science” and other influential theories, including Max Weber’s Bureaucratic Management, Abraham Maslow’s Hierarchy of Needs (1943), and Douglas McGregor’s Theory X & Theory Y (1960). Today’s MBA degree traces its lineage directly back to Taylor and his studies and work that are inextricably linked addressing the needs of industrial age businesses and managers, who hired employees to work with their hands.

In this third and most recent economic era, the focus is on something intangible: data. Data that help create information that is turned into knowledge. In 1982, nearly 40 years ago, Peter Drucker was prescient enough to realize that a major change in the needs of corporations and labor force. name He realized that increasingly, people were working to produce information rather than things or goods and he referred to them as “knowledge workers.”   These were employees who mass produced know-how and ideas. They spent their days fluidly moving between thinking and talking, meet­ing and deciding, researching and writing. They transformed data into information and then into knowledge. Increasingly, large corporations and our economy was quickly evolving, depending less on the work of backs or hands and more on brainpower. And yet the way corporations were managing, training and educating people did not evolve in parallel. Essentially, it remained static.

The way corporations train employees today is fundamentally the same as it was 100 years ago. Training is still pushed out as an event and primarily presented by a “sage-on-the-stage” even if that stage is online. The same schoolplace-in-the-workplace approach used during the previous industrial economy is widely used today. Employee management practices are still based on strategies that were created to manage hands – “command-and-control”, “knowledge is power,” siloed organizational structures with minimal collaboration across the enterprise, lack of transparency, “cube farms,” a limited use of communication technology. That’s the rule and not the exception.

We Crossed the Rubicon of Work, and it Was Deep … Really Deep

For thousands of years people used their hands to produce everything from food to tractors, and work was labor-intensive. During this period, especially through both industrial revolutions, the way people structured organizations, and approached management and learning, was a result of the need to manage hands to maximize performance and expenditures.

The changes that have come in less than 50 years are a true revolution.

For the first time in history, we have an economy in which the majority of employees use their minds to produce the work they are paid for.  These profound changes mean corporations now have no choice but to restructure our organizations, management models, and learning practices to align with and support this historic change. The new mind-intensive knowledge economy means corporations must embrace new ideas and models to ensure they are getting the smartest, most agile, innovative, creative, and collaborative workers.

Part Two: The Impact of the Great Divide and the Inflection Point