I originally posted this as a Brandon Hall Group blog and kept thinking about it. If you have ever had an idea that seems to take seed in your synapses, and then germinate and sprouts, you’ll know what I mean. I came to a conclusion that startled me.  Here it is …

The Speed Limit of Now

I used this graphic recently in a Brandon Hall Group webinar. The idea was to show the underlying drivers of learning in organizations. It pointed out that in the 20th century there was time to learn. We measured the shelf life of knowledge in years. We had time to go to a course to learn something that you might need someday.

In Digital Economy of the 21st century, we quickly realized that everything was changing more rapidly, even the pace of change. The idea of learning something someday no longer worked. We based the new model on the idea of now, as in “I need to learn it now”, “Tell me how to do it now” and “I want that information now”. Now was also part of the learning DNA of the Millennials, raised with digital technology from the time they could walk, Googling replacing dictionaries, Facebook and Twitter replacing … well there was nothing to replace, it was all new.

The question that came up during the webinar was what is next, what does “???” mean for L&D professionals? How do we increase the speed of now? I thought about it and here is the answer to my answer.

Learning faster and faster has a top speed limit of now. Even ‘jacking in’ to their headjack for Neo and the others in The Matrix was all about now, only as direct and fast as you could imagine. So if now is the redline on the learning speedometer, what’s next?

The Slow Now and the Fast Now

The only thing gating the speed is connecting the person who needs to know with the person who has the answer. Taking the time to find the person who knows slows down the transfer. We already have the ability to jack in, only we rarely use it.

It’s called a Community of Practice (CoP). First, let me start with a new idea called the Community of Learners  (CoL). You can connect every class, or any learning event, where there are more than two people, into a  Community of Learners. That community enables the learners to network, start working together, get used to  the idea of a technology-mediated community in which learning something is the focus. They learn to learn as  a community.

When that Community of Learners graduates, they become part of a growing, active, worldwide, and always-  on Community of Practice. Learning continues. Continuously. Get enough people connected in that CoP, and  you will find that the community has encountered almost every problem, resolved almost any imaginable  issue, asked all the questions and most likely answered them. It not exactly the headjack but it’s as close as today’s technology enables.

I can connect to the CoP with any device, anytime and anywhere. I can read the answer in an email, listen to the answer on the smartphone, watch a video of the answer someone recently shot, or share a schematic as I get my answer. I can follow an answer step-by-step if I have a process or procedure question. I can even snap a pic and show the work I did to the person who is telling me what to do, so they can look at my work in real time and make sure that the red wire goes where the red wire needs to go. Learning, getting the answer now, is an extension of the experience of learning taken away from the Community of Learners. You want to learn about something. You learn how to ask the right question, you learn where to find the right person, and you learn to use the right community.

Some companies are getting it right. It was apparent in the winners of the Brandon Hall Group “The Award Winning Collection:  Best Use of Blended Learning”. These companies are finding out how to extend learning past an event, make it continuous and move the needle past the top speed of ‘now’, into the even faster speed of ‘community’. As I was thinking more about this answer, I wondered why an EPS (electronic performance system) is not faster than a CoP. The answer was, it may be faster, but it’s canned, formal. It cannot answer my now questions in the moment unless they are pre-programmed into the support system. You really need people to make now go faster. That was the startling revelation, especially since I tend to focus on educational technology. There is nothing faster than quickly being able to formulate the right question and find the right person who has the right answer. It no longer needs to be face-to-face, just brain-to-brain.

The blended programs I reviewed shortened the distance and increased the speed between the person with the right question and the person or persons with the right answer. Not all of the programs use the Community of Learners that graduate into the all-knowing, all-powerful Community of Practice. They will, because the faster now will always try to push past the speed limit of a slower now. Connecting the right question to the right person equals the fastest way to learn. And in a hyper-competitive world marketplace, to the fastest go the sales, services, innovations, collaborations and everything else. 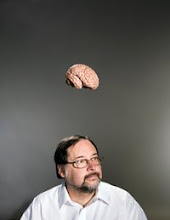 “There is no greater anti-brain environment than the

Since most of us spend most of our time in them, it’s amazing we learn anything or get anything done, 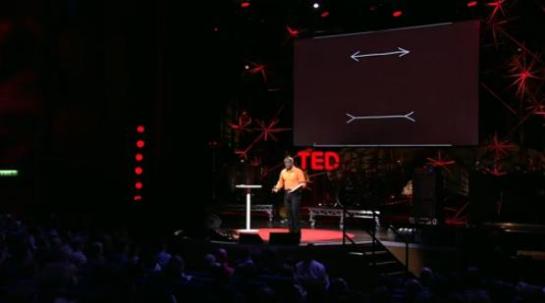 Wisdom about education comes at us from many sources these days. I found this on TED (no surprise there). What is a surprise is that the presenter is a former teacher, and what he learned about “smart failure” is a lesson that is not only relevant for education, it is relevant for everyone everywhere who was, as he says, “…asleep at midnight when all the rules changed.”

The implications are profound. Eddie Obeng is one of the few on this planet who can see the forest and the trees, who gets it – that we have moved from one paradigm to another and most of us still operate in the old one. To move forward – in the classroom, in the workplace, in our own lives – we need to accept that fact and begin to fail smartly if we are ever to succeed.

The world is changing much more rapidly than most people realize, says business educator Eddie Obeng — and creative output cannot keep up. In this spirited talk, he highlights three important changes we should understand for better productivity, and calls for a stronger culture of “smart failure.” 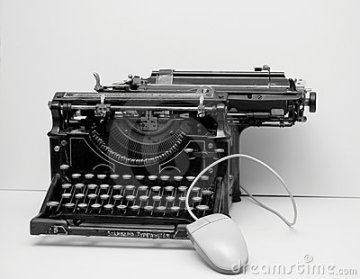